A rising trend on overseas treatment from Vietnam citizens 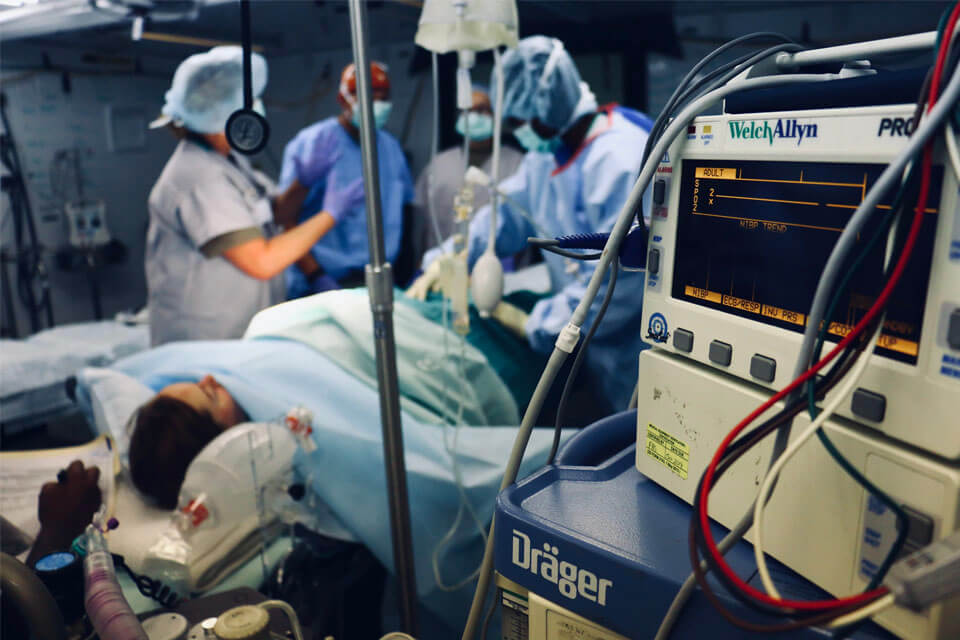 Vietnam’s healthcare factor is developing but there are still a lot of challenges.

According to GSO, their GDP per capita was increased to USD 2,587 in 2018, raised 8.3% over 2017. Along with that, Vietnam healthcare expenditure per capita has increased over the years, in 2016 it reached around USD 123, increased 5% comparing to 2015 and 38% compared to 2011. This expenditure also accounted for 5.66% of the GDP. Besides, up to May 2019, the number of people participating in public health insurance has reached a rate of 89% of the population, exceeding 2.2% over the Government’s goal. Those indexes may indicate that the citizens’ awareness of health has increased.

Regarding supply factor, overcrowding in hospitals is also a huge problem. In 2016, Vietnam was reported to have 1161 public hospitals and 185 private hospitals. Their ratio of beds per 10,000 inhabitants was 26.5 in 2018, exceed the target (26) was assigned by the National Assembly and the Government for 2018. However, the overcrowding cases in central hospitals are still happening. According to reports in recent years, there are some central hospitals still have the capacity of hospital beds used over 100% such as University Hospital of “Medicine and Pharmacy” and “K” Hospital, some exceed 120% like “Children I” Hospital and “Cho Ray” Hospital. Especially, this ratio in “Bach Mai” Hospital is bigger than 160%.

The overcrowding causes not only patients’ dissatisfaction for long waiting-time but also not good enough attitude from doctors and nurses who work under stressful conditions. In July 2019, Ho Chi Minh City Department of Health published a survey of patients’ dissatisfaction when they came to the examination and there were 3,693 dissatisfied feedbacks, increased 27% comparing to the previous month (2,914); the most popular reason for the dissatisfaction was still registration procedures, attitude, long waiting-time.

According to general statistics on human resources for health sector, the number of doctors per 10000 population in 2017 was 7.44, decreased 4% in comparison with 2016 (7.75). This index is much lower than Singapore (24), Thailand (18) and Malaysia (15). Moreover, most doctors choose to work in higher-level hospitals and urban areas of Vietnam, where the medical facilities and resources are more advanced. This has led to a shortage of available medical treatment in rural areas, lower-level hospitals, and local hospitals. The latest survey of the Ministry of Health at medical stations in 26 communes shows in 2018 that only 3 provinces and cities including Hanoi, Ho Chi Minh City, and Yen Bai have adequate doctors at the medical stations, around 30% of those stations don’t have doctors, or traditional medicine physicians or pharmacists.

An onward trend in overseas treatment

Despite of the high demand in healthcare, the overcrowding, shortage of medical staff, obsolete equipment for surgery and intensive care cases which happen quite often in medical units have forced Vietnamese people spend approximately USD 2 billion to travel abroad for high-quality medical service in 2017, twice as 2013 (USD 1 billion) and higher than Indonesia’s number in the same year (USD 1.4 billion).

Currently, many enterprises in Vietnam are offering services in which patients can be transferred to overseas hospitals to receive their medical care. They are divided into 2 parties with around 30 players: media coordinators and travel agencies.

Most destination countries for Vietnamese citizens are Singapore, Thailand, Malaysia, Korea, Taiwan, and Japan. The most popular reason for medical tours to Singapore is to receive treatment for cancer. In 2018, Vietnam’s rate of cancer patients per 100,000 people is 151.4, ranked 19 Asia and 5th in Southeast Asia. Singapore is always the first choice for overseas medical treatment of Vietnamese people, the facilities of the Parkway Health system here attract nearly 10,000 Vietnamese every year, while the National Hospital of Singapore welcomes 2,000 people in 2017. Malaysia also rises as one of the top destinations for cancer and cardiovascular treatment due to high-technique healthcare at low cost. According to Malaysia Healthcare Travel Council shows that in 2017 there are about 11,000 Vietnamese people coming to Malaysia for medical purpose then this number increased 27% to 14,000 in 2018. For Korea and Thailand, a lot of people choose them for cosmetic surgery. As stated by the Korea Health Industry Development Institute, the number of people come here for medical treatment rose from 7,447 (2017) to 7,532 (2018). Moreover, Vietnamese tourists who travel to Thailand were also reported to spend USD 9.1 million on medical treatment in 2017. Other medical conditions such as joint and bone problems, sports injuries, liver or kidney transplant are also high in demand for overseas medical treatment.

In Japan’s case, their medical tourism is highly appreciated mainly for “high medical technology”, “reliable”, “the whole country is safe”, and “friendly staff” but it’s still new towards Vietnamese. Since Japan launched a visa for medical stay which allows foreigners to stay in Japan for up to 1 year in 2011, more and more Vietnamese patients have chosen Japan as their destination. As stated in a report from Japan’s Ministry of Economy, Trade and Industry, there are 61 medical visas in Japan issued for Vietnamese in 2017, almost twice comparing to 2016.

As the healthcare demand among the citizens is rising, the Government should spend more on the healthcare system, especially the facility, equipment, technique, and services to compete with the onwards oversea medical treatment service. Foreign investors can also take this opportunity to invest in medical facilities to provide better medical service in Vietnam.