The key to chocolate confectionery market in Vietnam is cheap price? 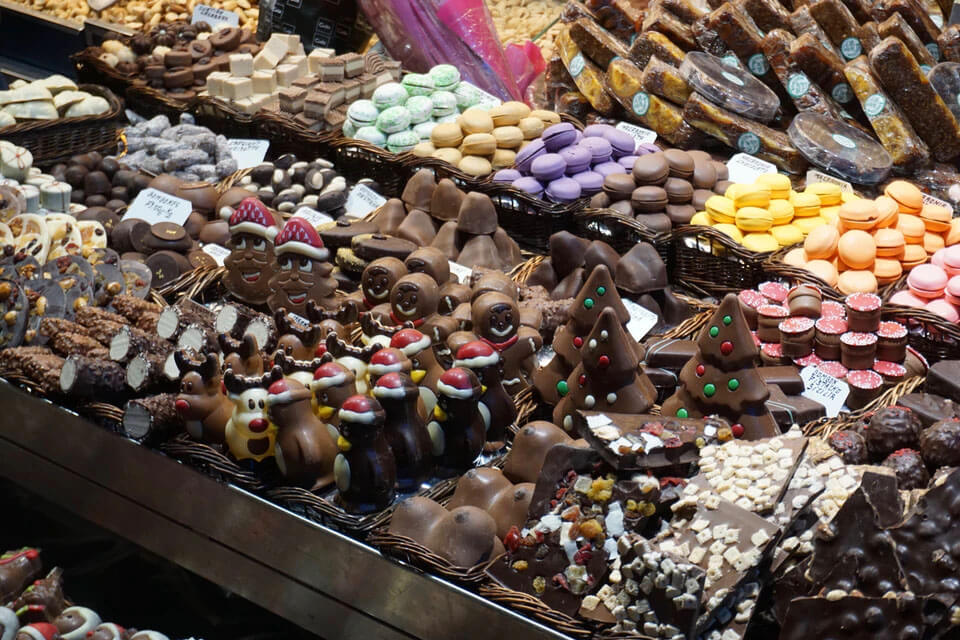 The chocolate confectionery market (hereinafter referred to as chocolate market) is increasingly growing as the new generation is more and more exposed by Western culture. Today, chocolate is a meaningful gift for lovers, friends and corporate clients, especially in special days like Valentine, Christmas, weddings and new year.

The growing habit of using chocolate as a type of snack among the youth especially reinforced the high growth rate of this sector. In 2012, total retail value sale was $51.1 million which equated 3400 tones, nearly doubled that of year 2007. Sales of chocolate confectionery are expected to grow at a CAGR of 6.2% in constant volume terms over the forecast period from 2013 to 2017.

Imported chocolate occupies for 60% volume of Vietnamese retail chocolate market and increase 15-20% every year. A relatively high price was charged to $3-$35/100 grams, compared to $1-$7/100 grams of domestically produced chocolate in 2011, which imply that most of their customers are middle and upper class.

The main reason for the domination of imported chocolate is that domestic chocolate has less attractive and premium-looking packages. In addition, investment costs of production, preservation of fresh chocolate are too high resulting to the tendency of importing rather than producing locally among foreign chocolate companies. 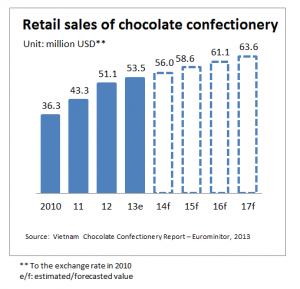 In 10 brands of most consumed chocolate, most of which are foreign enterprises (like Belcholat, Guylian – acquired by Lotte in 2008, Maestrani Schweizer Schokoladen, Stoke MG, Mars, etc.) meanwhile chocolate made by local players have representatives from Bibica and Kinh Do only. Belcholat is the leading player occupying 12.3% of retail market, while Kinh Do represented 4.3% of retail value sales, stood at the eighth place; other foreign companies all got high rankings.

In 2012, export value of chocolate is USD 7.7 million; though it is still a modest figure but has increased by 50% compared with the previous year; in 2008, the figure was only 1.9 million, which implied a high growth rate in this market. Most exported products are ingredient chocolate with low added value.

“Rapid growth in the market?!”

Most products are exported at low prices (approximately USD 0.4* per 100 grams) but the firm also offers chocolate ingredients for confectionery production enterprise and chocolate in HORECA. In 2013, Putos Grand Place expanded their business to the north, built their factory manufacturing cream and chocolate in Bac Ninh.
Though the market is expected to grow, the competition among players is still low. In the future, when it is expected that more foreign enterprises enter the market, the competition will increase.

Furthermore, chocolate is popular among the urban middle and upper class; but when compared to the average income level, it is still considered a luxury item. Therefore, when the consumption level of cheap products is increasing, in the future, this market is likely to have even more rapid growth than what is projected.