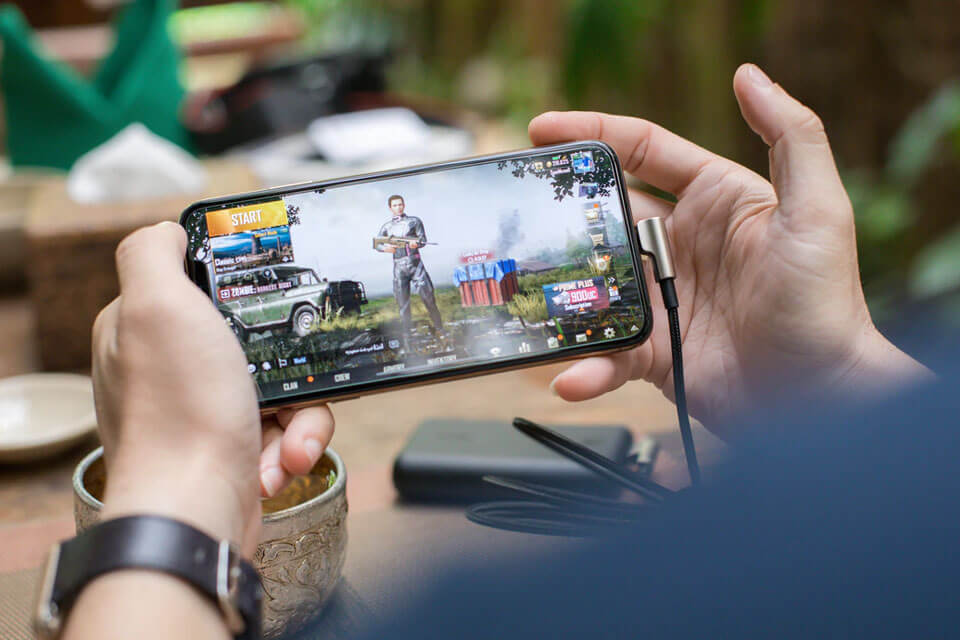 Smartphones have quickly become popular more than ever, in 2013 the number of smartphones sold is 7 million ones. Accordingly, the number of smartphone users has been also growing, almost equal to the number of PC gamers which is 20 million people. This market is expected to grow rapidly in the future.
In Vietnam, when a mobile game is released, a permit from government agency will be required. However, up to 80% of games are imported goods, for instance from China, and there are many original PC game converted to mobile platform. However, the domestic software development for mobile game has begun to grow more than the previous year. The key players in the sector include MeCorp (42% market share in 2012) and McCorp (25%) were founded respectively in 2010 and 2011. MeCorp owns the classic MMORPG as their main product, while a new product – multiplatform games (on both mobile devices and PCs) with advanced techniques for the first time was bought by by McCorp into Vietnamese market. Big PC game developers have also in turn engaged in mobile games market. VTC Games put mobile games as their key market and has gained 8% share from this market. The major Vietnamese IT companies such as VNG or FPT also started to join this market. 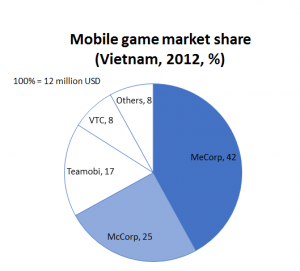 By 2014, Vietnam started to have its own games product to export to foreign markets such as Indonesia and New Zealand, the game development capability is increasingly enhanced. Additionally, outstanding performance by individual games programmer, notably Flappy Bird (game by Dong Nguyen) has recently caused a strong impression worldwide.
This market is prone to same problems as online PC game market, typically copyright infringement issues, for instance, partly graphic change from the original or copies of foreign games translated into Vietnamese have been commonly released. If wishing to release games legally, games companies have to apply for a permit, which takes about 60 – 90 days, and during that waiting time, other companies with no permit for that game already access a large number of players. In terms of costs (permit application cost), there are also issues. Thus, life of a new games product is often very short (about 3-6 months). Vietnamese government are still making best efforts to take measures to these cases, however, with the nature of the internet, it is quite problematic when to take drastic measures.
With the rapid growth of the market and low required investment, many game developers are gradually transforming market concentration into mobile games. As the competition in this market is fiercely increasing, we can expect that games’ quality will be enhanced in the future.