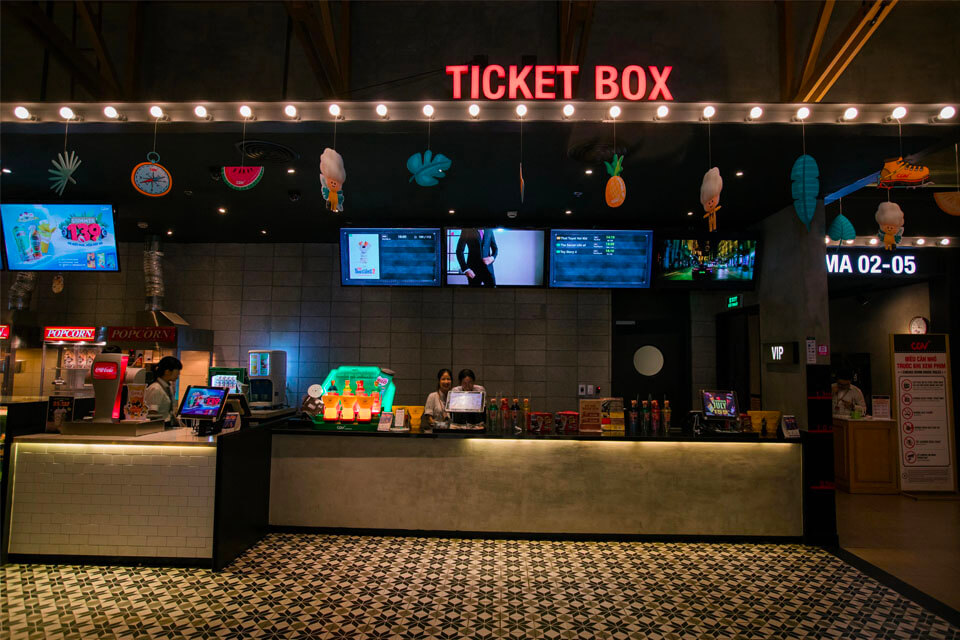 As living standard has been vastly improved, Vietnamese people are now willing to pay more for entertainment activities that were once considered luxurious. Among those, going to the cinemas emerges as a very popular opion to spend some free time on.

Taking advantage of this trend, cinema industry in Vietnam has made huge progress and are still on course of further development. In 2015, 39.6 million tickets worth 104 million USD were sold. It is expected that the figure will reach 200 million USD in 2020.

Vietnamese players such as Galaxy Cinema (Galaxy Studio JSC.) and BHD (BHD Media JSC.) are also setting eyes on business expansion, with BHD aiming to have around 20 cinemas by 2020 . Besides the major cinemas, Beta Cineplex (Vietnamese Beta Media JSC) is a notable newcomer, receiving an investment package worth 27.5 million USD from Blue HK Investments of Hongkong in July 2017.

Regarding what is shown on the screens, foreign movies have been dominating the market, particularly those from American. In 2017, there were only 35 Vietnamese movies compared to 91 American ones.

Even though quite limited in quantity, Japanese movies still has its own unique position in the market thanks to considerable popularity of Manga – Anime within Vietnamese youth. Animated adaptations of “One Piece”, “Naruto”, “Doraemon”, etc. are heartily welcome by their Vietnamese fan base as well as the public. “Your name” (2016) achieved outstanding result when attracting around 37,000 audiences in only 3 days from its release.

Graph 1: Number of films shown in Vietnam cinemas in 2017, categorized by countries of origin (total n=188)

About revenue, both Vietnamese and foreign movies have reached new heights in recent years, and CGV have showed up quite frequently as official distributor of such financially successful products.

Table 2: Movies of biggest revenue in Vietnam in 2017

Analyzing the behaviors of Vietnamese audiences, Vinaresearch (W&S JSC) has conducted a survey with 800 respondents from Hanoi and Ho Chi Minh City.

According to the survey’s result, Action and Comedy are the most popular genres in Vietnam, preferred by 76% and 70.9% of respondents respectively. Next are Adventure (54%) and Sci-Fi (49.9%).

Besides, the majority of audiences go to cinema with their friends, and friends’ advice is also the second most influential referential channel for choosing cinemas, only after the first channel as information on the internet.

Also reflected in the survey, “Quality of facilities”, “Promotion programs”, “Frequency of showing hot movies” (hot movies can be understood as movies that attract great amount of attention from mass media and public during their premieres) are the criteria that Vietnamese audiences care about most when going to cinemas.

In addition, less than 50,000 VND/ticket is considered to be the suitable price by 72% of the respondents.

As cinema industry is advancing fast and strongly, Vietnam’s Government also shows its support and influence. According to Prime Minister’s Decision 2156/QD-TTg dated November 11, 2013 on “Strategy to develop Vietnamese film industry to 2020, vision 2030”, Vietnam aspires to reach 1050 cinema screens, with 210 million audiences per year, and Vietnamese movies would account for at least 45% out of the total shows in cinemas.