Positive prospect for investment on solar energy in Vietnam 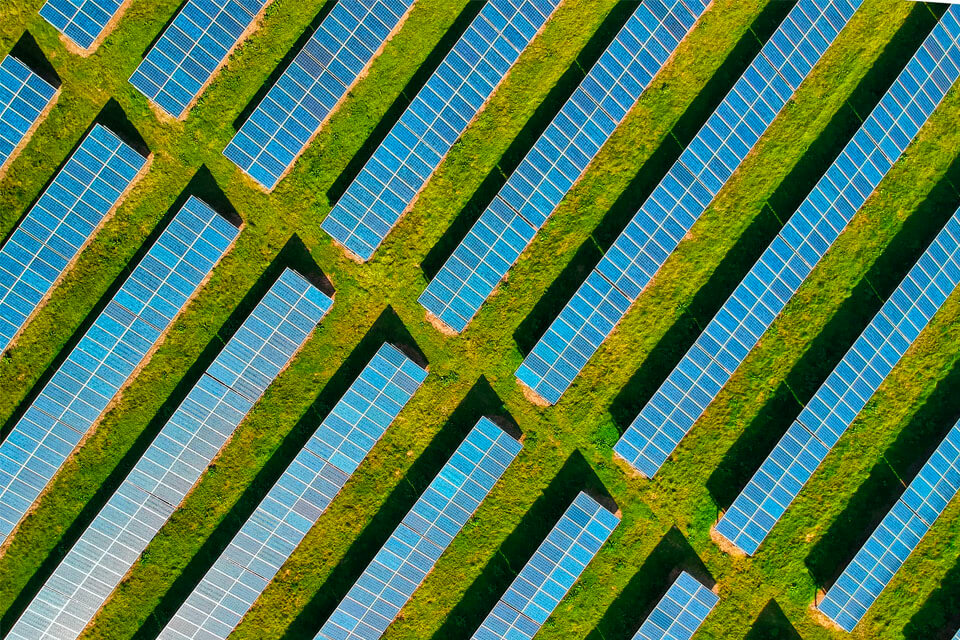 Ambitious objectives for renewable energy capacity for Vietnam till 2030
Vietnam electricity demand is forecasted to surge to 572-632 billion kWh by 2030, an increase with CAGR 2021-2030 of around 8% – 8.5%. Even though Vietnam’s power production has been dominated by coal; hydropower and gas for many years, developing renewable energy is an undeniably important strategy for the country in the long-term.

Decision No. 428/QĐ-TTG on Revised Power Development Plan by the Prime Minister on March 2016 has stated the objective that Renewable Energy (RE), which includes small-scale hydropower, wind power, solar power, and biomass-based power, will make up 10.7% of total electricity production in 2030. 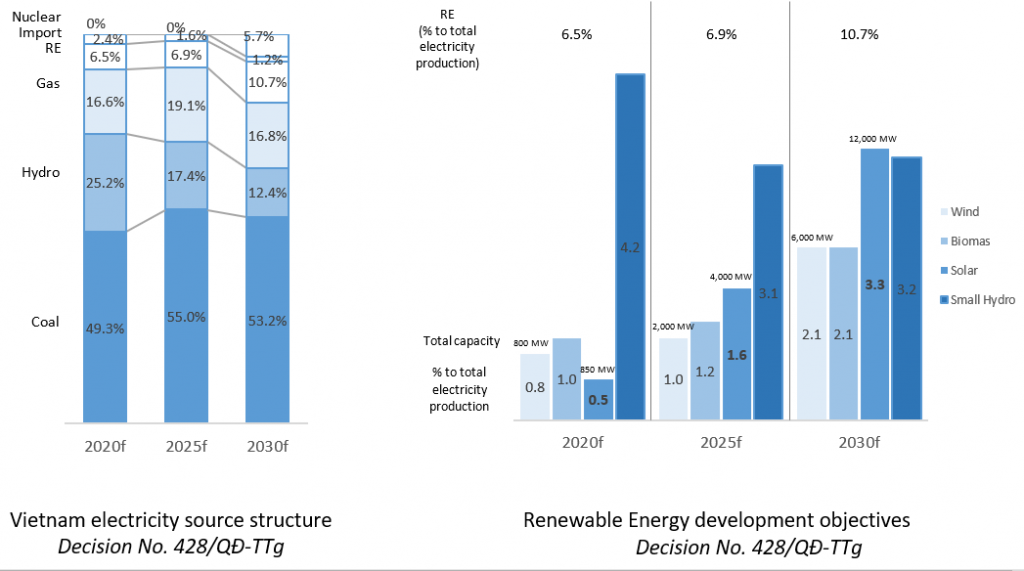 Emerging foreign investment in solar energy
In Vietnam, State-owned companies dominate the national power production; Vietnam Electricity (EVN), PetroVietnam and Vinacomin contribute 76,1 % of total installed capacity, meanwhile, BOT and other investors make up the entire 23,9%, according to Vietnam Electricity Annual Report 2017. However, Vietnam electricity market is experiencing a fundamental change towards higher private sector participation in renewable energy production. Along with that trend, solar energy development has emerged as an attractive market for foreign investors.

The Ministry of Industry and Trade (MOIT) Vietnam announced that, till the end of September 2019, 121 solar-farm projects have been approved to supplement to provincial and national power plan with an expected total capacity of 7200MW till 2030, in which 25 projects have successfully signed PPA with EVN. Besides, 221 projects with total registered capacity of 13,000 MW are waiting for approval.

The current biggest foreign investment project is the joint venture between Sunseap International (Singapore) and InfraCo Asia in Ninh Thuan province, with the capacity of 168 MWp and is expected to generate enough power for up to 200,000 households. Other big projects, to mention a few, are Thanh Hoa 1 (160 MWp) developed by BS Heidelberg Solar in Thanh Hoa province and Fujiwara project Binh Dinh province (50 MW).

Investors can expect the equity IRRs (before tax) of solar energy projects in Vietnam ranging from 5% to almost 18% in conservative scenarios and from 8% to 21% in optimistic scenarios, according to an analysis by GIZ in 2016.

According to the Decision, the 20-year fixed FIT and net metering credit has been determined at 9.35 USct/kWh, adjusted to VND/USD exchange rate and would be applied to projects that have commercial operation date (COD) until 30th June 2019. This rate of tariff is considered to be quite favorable for investor compared to wind power tariff (i.e. 8.5 USct/kWh for inland projects; 9.8 USct/kWh for projects on the sea) and commercial electricity retail price (i.e. 8,1 Usct/kWh). The preferential mechanism also include fiscal incentives such as Corporate income tax (CIT) exemption and reduction, exemption of import duties for goods imported as a fixed asset and land incentives.

However, the solar power market Vietnam is still in an early stage of development. Risks in legal and operation are still typical challenges that should be foreseen by investors, such as:

Overall, high solar irradiation and governmental support mechanism for solar power investments are creating a good base for market development. Regarding current situation, foreign investors may consider the possibility to collaborate with domestic partners to utilize their strength to facilitate operating licenses and related issues, meanwhile, they can focus on providing advanced technology and adequate funding. After COD, foreign developers gradually can consider increasing their holdings along with local partners’ divestment. 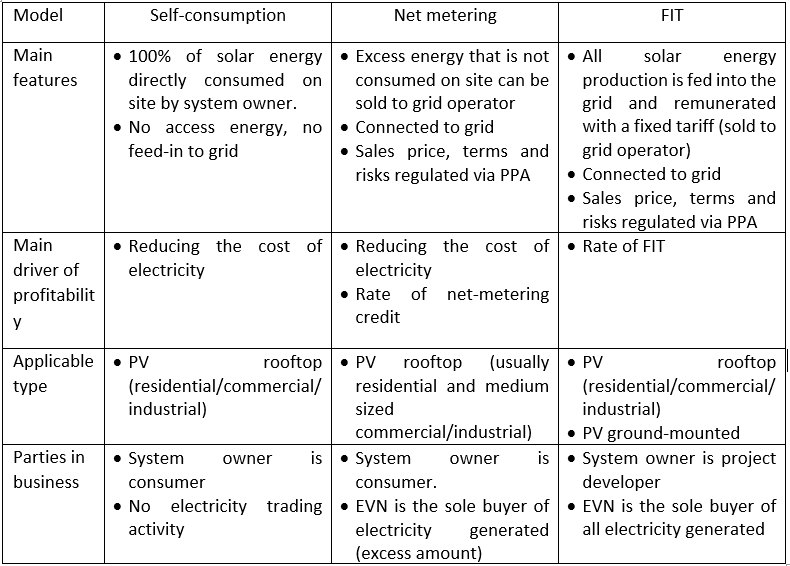 According to Draft Decision publicized by Ministry of Industry and Trade of Vietnam on 22 Feb, 2019, a new tariffs scheme applied for projects whose COD is after 30 June 2019 has been proposed, which ranges from 6.67 USct/kWh to 10.87 USct/kWh, depending on the type and location of the project. 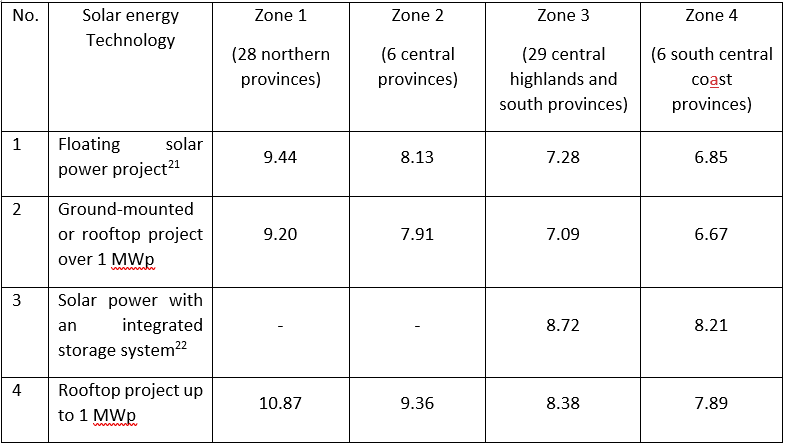