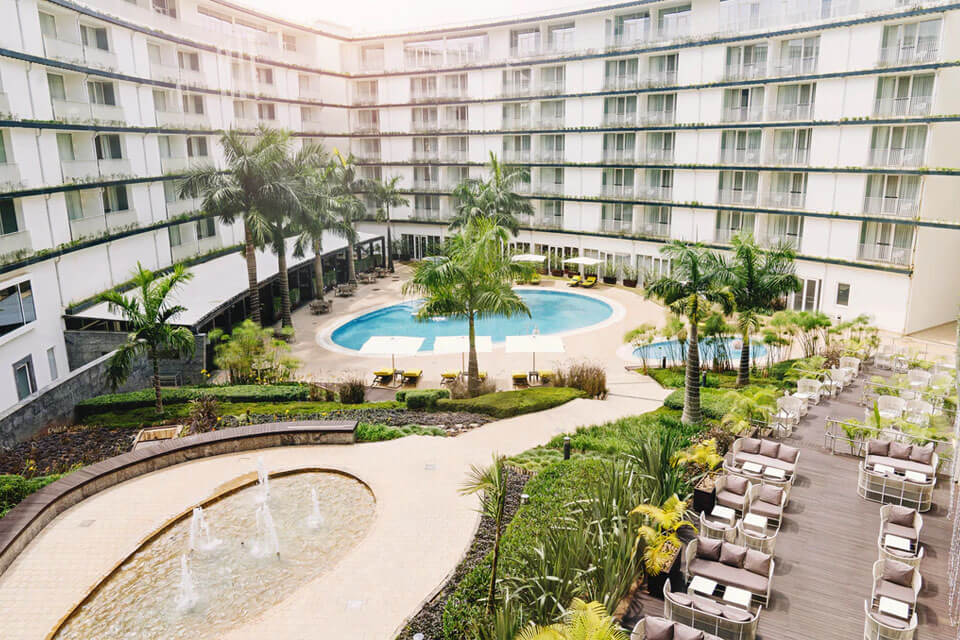 Vietnam Hospitality Market and foreign investors
(Nov 2013)
According to Vietnam National Administration of Tourism (VNAT), the total number of international arrival in the first 9 months of 2013 reached the number of 5.5 million representing 13.12% growth over the same period of last year. Expansion of Vietnam tourism industry is forecasted to continue cherishing number of development opportunities in which hopitality could be clearly seen one of the most potential sectors.Majority of arrivals in Vietnam are international tourists who often value quality hotel facilities and services. Most favorite destinations are famous tourism, culture and economics cities such as Hanoi, Ho Chi Minh and Da Nang which are also promising lands for hotel development. In Quarter 3/2012, average occupation rates of 3 stars, 4 stars and 5 stars hotels in these 3 cities are 51.4%*, 53.9% and 58.1% and the average daily rate are USD 36*, USD 66 and USD 108 respectively. Recently, the number of entry into hotel industry in these 3 cities is increasing.(*Exclude Da Nang city). The reason is not only due to the rise of lodging demand. Since the bankruptcy of Lehman Brothers in 2009, the price of real estate including hotel in Vietnam is going down. Thus, lots of local real estate investors wanted to let go of holdings, however, it was a great opportunity for foreign investors. Cheap labor cost, increasing demand, and decreasing real estate price make Vietnam hotel industry more attractive.

The fact is recognized through an increased number of acquision transaction in hotel segment during the first half of 2013 evidenced by an aquisition of 70% of Legend Hotel- 5 star hotel in District 1, Ho Chi Minh city in a deal worth USD 62.5 million that Korean Group – Lotte Hotel & Resort acquired the stake from VinaCapital (Vietnam). Japanese hospitality companies and real estate companies also know about Legend Hotel acquisition, however Japanese enterprises were unable to make decisions about such large investment. Besides, hospitality sector also witnesses new hotel entry from foreign investors. For example, in 2013, there are over 2,000 hotels management company. With total investment of USD 200 million, Marriot International (USA) launched their first 5 star hotel in Hanoi expecting to supply 450 luxury rooms. Intercontinental Hotel Group also desires a long term business expansion in Vietnam when opens a new branch Intercontinental Hanoi Landmark 72  in Hanoi in 2013 capacity of 359 rooms. Unlike above hotels, in February 2013, Japanese chain – Tokyo Inn share their ambitious plan of owning 100 three-star hotels in Vietnam. In the first phase of plan (first 3 to 5 years), they expect to have 10 to 20 ten-floor and twelve-floor hotels with area of 1,500 to 3,000 m2 per each.
Presence of more international quality branded hotels is expected to significantly improve hospitality infrastructure that supports the country’s tourism growth and induce tourist arrivals.
The quantity of tourist is expected to grow but the hotels are inclined to gather around big cities like Hanoi and Ho Chi Minh. The quick increase of supply may also increase the already fierce competition in Hospitality industry.