Vietnam's economic situation in the first 9 months of 2019

At a press conference on 28/9/2019, Director General of the General Statistics Office stated that despite the declining trend of global economic growth, Vietnam’s GDP climbed 6.98% in the first nine months of 2019 compared to the previous year’s same period. This is the highest growth rate of 9 months in the last 9 years.

Among 3 main economic sectors, the “industry & construction” sector ranked first in growth rate (9.36%), the “commerce & service” sector came second with 6.85%, and “agriculture, forestry and fishing” had the lowest growth rate (2.02%). 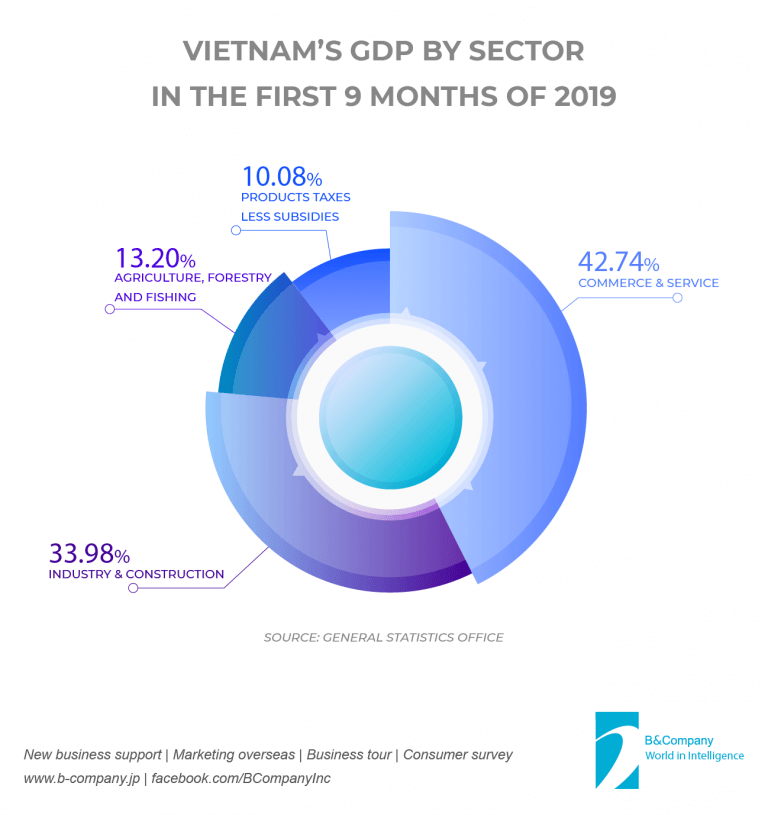