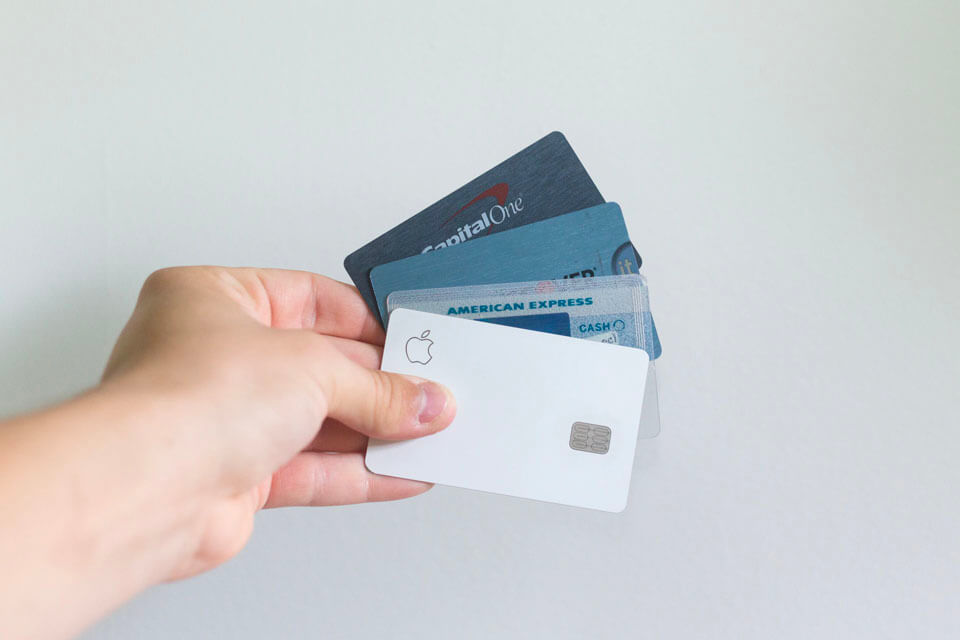 There are various factors to believe that Vietnam has perfect environment for cashless payment to develop.
The first factor is the enthusiastic support from the Government as they signed a new policy to encourage cash-free transaction and reduce cash-based deals in the country to less than 10 percent of total market transactions by 2020. In keeping with the plan, at least 70% of water, electronics, and telecommunication service providers will be asked to accept cash-free payments from individuals and households. According to World Bank, in 2017, Vietnam has the lowest bank account ratio among ASEAN with 30.8% of the population aged 15 and above, this means cash still dominates as a payment option because it’s compulsory to own bank accounts to use the cashless payment methods in Vietnam. However, the Government expected this index will increase at least to 70% by the end of 2020. Besides, the end of the 1st quarter of 2019, there are 158 million bank cards issued, increased 16% compared with the 1st quarter of 2018 and more than twice the current population age 15 and up. From 2017 to 2018, transactions made through ATM grew 112% in volume terms to 879 million transactions while transactions via POS accelerated 138% to 208 million transactions.

Another noteworthy factor is its own citizens. As 70% of the population are under 35, they are young, tech-savvy and excited to adapt early technology system. , highest in ASEAN countries while the average ratio is respectively 64.5% and 44.8%. It shows that Vietnam people have become more familiar with cashless payment to use this method in their usual life. The rise of E-Commerce in Vietnam contributes in their shift in preference of payment too as they would love to go shopping online more, responded that they shopped online at least once a month and the ratio of people choose cash on delivery as payment option also decreased from 91% (2015) to 70% (2018).

Together with cashless payment development, mobile payment is also expected to become an emerging market.
Vietnam has high smartphone and internet penetration which are respectively 72% and 57% (2017). Up to 31/3/2019, comparing to the same period in 2018, the total transaction value of e-payment increased by 13.46% while it’s 65.81% in terms of the number of transactions. Mobile payment also jumped 97.75% in volume and 232.3% in transaction value. Furthermore, according to a report from PwC asking more than 21,000 users from 27 countries (China, Hong Kong, Russia, Middle East and ASEAN countries), Vietnam holds the biggest growth from 2018 to 2019 in the number of mobile payment users in stores, surged 24% from 37% to 61%.
However, this market is still early and fragmented with more than 70 players as below, divided into some groups: banks (45), independent mobile payment players (14), internet service (8), MNO (3) and retail & other (3). It’s too soon to determine the market leader.

Currently, Momo, following a public survey asking more than 800 citizens in Vietnam by Journal of Investment Bridge dated in 2018 April, has surpassed its foreign counterparts Samsung Pay, PayPal and domestic player Bankplus to be most popular mobile payment service providers. Nonetheless, in spite of launching late (2017), giant VNG’s ZaloPay with its eco-system (SNS Zalo, EC Tiki, Entertainment Zing) is expected to be a promising opponent in this market. Other domestic players are also speeding up in the competition with investment from foreign enterprises, some honorable mentions are Hanoi-based VNPay who are financed by the Singapore’s sovereign wealth fund GIC, Payoo and VNPTPay who are funded by South Korea’s UTC Investment and NTT Data. 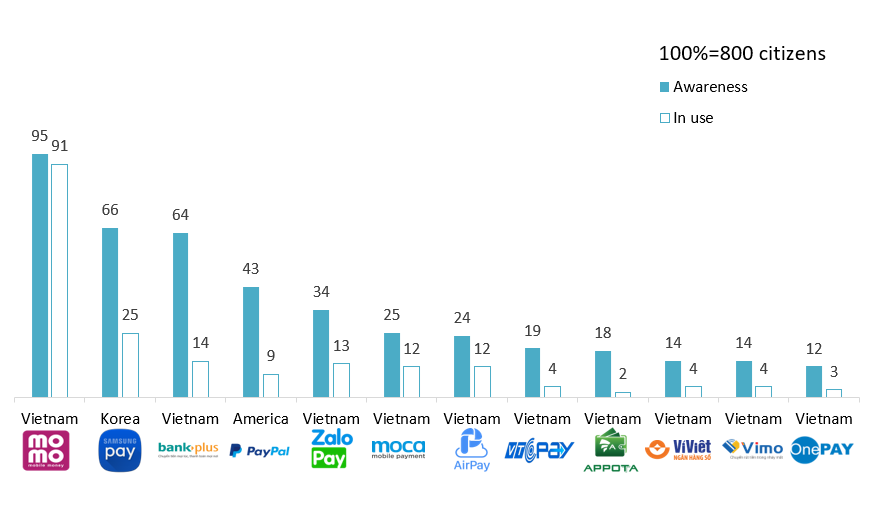 In conclusion, Vietnam has high potential to evolve into cashless society. Though this will require a long steady process, the vision of achieving 90% non-cash transactions by 2020 seems challenging but still attainable. The mobile payment market in Vietnam has room for rapid development but since it’s currently fragmented with abundant of players, we are all wondering who the market leader will be.